Founded in 1981 by Oli Steinhauser, Olicamp began as a camp cookware line that produced stoves, pots, and frying pans. Since then, Olicamp has expanded their product line to include utensils, fuel, and a few other accessories to make cooking in the backcountry as simple as possible. Olicamp's mission is to create high quality gear at value pricing for those who seek the rewards of travelling where few have been before. 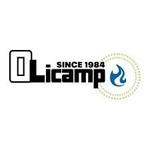 © Eskala Mountain Sports | Webshop design by OOSEOO | Powered by Lightspeed
(0) | C$0.00
By using our website, you agree to the usage of cookies to help us make this website better. Hide this message More on cookies »